Kylie Jenner Transformation: The Makeover That Shocked The World

Kylie Jenner is a huge pop culture icon. Over the years, we have watched her go from child to business mogul to mom! Since she is part of a family that is known for its outwear appearance, it is no wonder that she has changed her looks drastically over the years. Read on for her Kylie Jenner transformation starting from when she first appeared in the public eye, to current day!

Keeping Up With The Kardashians

2007 was the year that KUWTK premiered. Here we see a young Kylie with Kim and Kendall. How old was Kylie when Keeping Up With The Kardashians started? She was 10. She was born on August 10th, 1997.

Here she is 3 years later, looking a little older and more like the fashionista she is to become.

Now she is starting to rock the long, straight dark brown tresses she is known for! Now she is a full on teen – 14 years old this year.

Does anyone remember this cool girl era? It was awesome to see a celebrity upload on tumblr and see everything she thought was cool. Kylie Jenner Kalifornia Klasss Tumblr started in 2012. See her tweet!

She is starting to develop an edgier style here. Pretty soon her “King Kylie” era will begin!

Now we are starting to get into the era of Kylie where she took the world by storm! Everyone can remember the “overlined” lips that appeared overnight, dating Tyga, and the teal hair! It was later confirmed that she got lip fillers at the age of 17 starting in 2014. This is the Kylie Jenner transformation that everyone talked about. Her appearance changed so drastically but everyone loved it!

2015 is the start of the “King Kylie” era and when she took Instagram by storm. Here are some of her memorable looks!

Kylie Jenner’s Kylie Lip Kits also launched at the end of 2015. Now people were overlining their lips like the 90s were back! Her company goes on to sell millions more kits and makes her a business woman.

Kylie went missing on social media for a while – and we found out why! She was expecting her first baby, Stormi! Stormi was born February 1st, 2018.

Later on that year, she was seen out and about promoting her business. She was also featured on Forbes magazine this year.

TikTok era? Also, her second child was born! She has been relatively quiet on social media which is different from how active she was in the beginning. A Kylie Jenner transformation is happening again though – some believe she wants to revamp her presence and be more active again!

Remember Heidi Montag from the Hills? Check out her transformation here too!

Read More: Heidi Montag Before and After: See Her Crazy Transformation Pics! 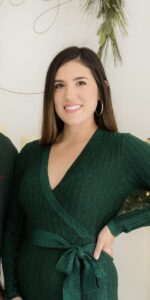