Selena Gomez Plastic Surgery? See the Before and After Pics [2022] 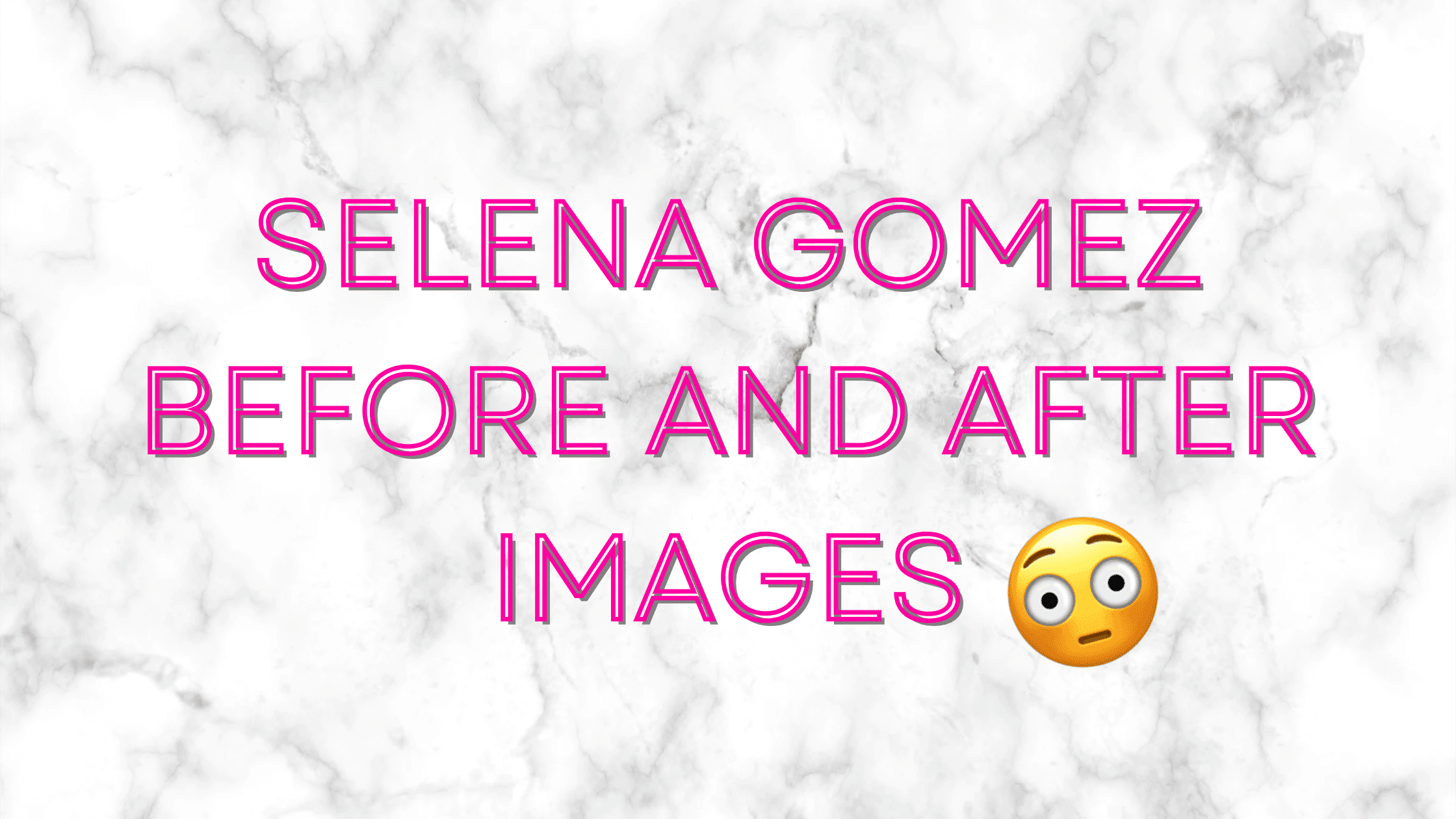 Selena Gomez is a talented actress & musician with many adoring fans… Some of whom think she has gotten plastic surgery.

Take a look at her beauty journey over the years and decide for yourself… do you think that Selena Gomez and plastic surgery should be associated together or that her look has changed just due to growing up?

Let’s dive into when this famous celebrity first arrived on the scene, to now!

This is when Selena Gomez began to be a household name! To many millennials, they remember her starring as Alex Russo, “a mischievous tomboy with magical powers, on a new Disney sitcom, Wizards of Waverly Place. The show, for which she also sang the theme song, became an instant hit among the preteen set…” (Britannica) when it premiered in 2007.

Here she is at various events in 2007 – looking very young and fresh faced! Click to scroll through the photos.

Selena and Justin first met in 2009, after Justin’s manager contacted Selena. The two stars quickly hit it off and became close friends.

Here are more pictures of the couple. It is not speculated by people that Selena Gomez has plastic surgery done at this point.

Selena admits that as early as 2015 she was feeling unconfident with her bodyweight and image, and even reveals that she has been diagnosed with lupus.

When looking at the 2015 Met Gala Picture below she said “I fluctuate a lot with my weight. And I remember this night specifically, I didn’t feel good about my body,” she said. “So what was really amazing was that I actually got a chance to work on the dress that fit my body.” (Yahoo)

I believe that this might be the point when fans started speculating that she was having work done. This may also be due to the fact that at this time Kylie Jenner was more open with her lip fillers and other beauty alternating procedures she has getting done.

Now Selena’s fans have been more open in wondering if the Selena Gomez plastic surgery rumors are true. In 2017 she undergoes surgery for a kidney transplant due to her illness.

From my untrained eye and complete speculation, it appears to me that Selena’s lips look fuller than in the previous photos on this page! Could she have gotten lip fillers here? The shape and fullness look to be trend/the same as many other celebrities have. Check it out below in this photo from 2017.

In my opinion, I think that Selena Gomez looks the most different she’s looked so far in these two photos from 2019.

Check out this quote from Life and Style Mag concerning professional’s opinions on Selena Gomez:

“While neither Norman M. Rowe, MD, Board Certified Plastic Surgeon, nor Dr. Manish Shah, MD, Denver Board Certified Plastic Surgeon, have treated Selena personally, both experts seem to think that breast augmentation surgery is the cause of the actress’ larger chest. Additionally, Dr. Rowe believes that Selena may have had another cosmetic procedure done…” The doctors also state, ““As far as her face is concerned, I don’t really think she’s had any surgery. I think it is primarily due to makeup and weight changes,” Dr. Shah explained. “She’s just growing into her face. Her breasts, however, look larger without any evidence that she’s gained weight,” he continued.

Last, these doctors also seem to reflect my thoughts above, ““In my professional opinion, it seems as though Selena has recently undergone a breast augmentation since she has much more cleavage now than in previous photos and received fillers in her lips since they appear fuller than before,” Dr. Rowe added.

This picture from the same got a lot on Twitter talking about how shocked they were at how different her body looked.

So, I believe that we can just assume Selena’s changing looks might be from gaining weight, makeup, and age.

What do you think?